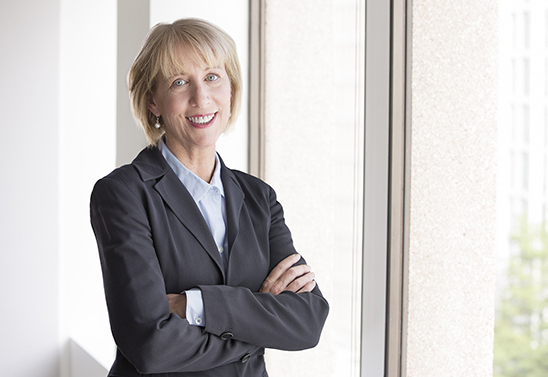 Formerly in-house employee benefits and executive compensation counsel at two Fortune 15 companies – one high-tech and the other old-line manufacturing – Jeannie has a full understanding of what clients need to evaluate risk and reach a practical solution within a dynamic environment.

Prior to joining Ivins, Jeannie practiced in the Palo Alto office of an AmLaw 100 firm, where she advised early-stage companies going public on compliance with the SEC disclosure and other laws governing their equity plans and executive compensation programs.

Previously, Jeannie was Vice President and Associate General Counsel for Compensation and Benefits at Hewlett-Packard Company, where she supported the Compensation Committee of HP’s Board of Directors and was responsible for all equity, compensation and benefits matters, including the annual proxy, variable compensation programs and ERISA investment matters.

Jeannie has also held in-house positions at Northrop Grumman Corporation and The Boeing Company, and was a partner and head of the employee benefits practice of a firm in Portland, Maine. Jeannie began her legal career as a Staff Attorney in the Office of the Solicitor at the U.S. Department of Labor, in the division responsible for issuing ERISA regulations and advisory opinions.

Not admitted in, or practicing in, the District of Columbia