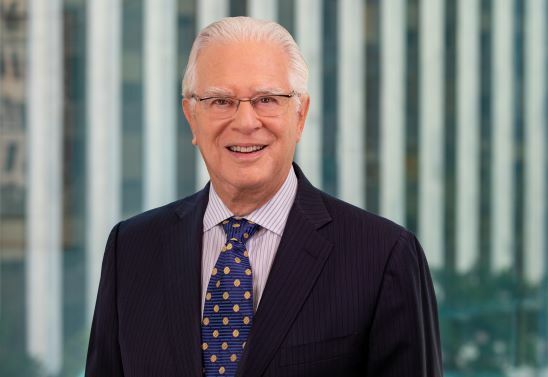 Eric is the firm's Managing Partner and has a diverse practice encompassing corporate tax issues and estate planning matters. Outside the office, he is an avid chess player.

Eric has often been cited by Washingtonian Magazine as one of the outstanding tax lawyers in Washington, D.C., and in 2022 was selected to its Top Lawyers Hall of Fame. He has been named in Best Lawyers in America in each of the last thirty consecutive years. Although, during his more than 50 years with the firm, Eric devoted a substantial portion of his activities to international and corporate taxation, today he concentrates primarily on matters in controversy before the Internal Revenue Service and the courts, as well as on estate planning. He has represented clients before the United States Tax Court, the United States Court of Federal Claims, various United States District Courts, a variety of United States Courts of Appeals, and the United States Supreme Court, where he won an 8-1 decision in the United Dominion Industries case in 2001.

Eric served as Editor-in-Chief of the Journal of International Taxation from 1990 through 1996 and, after many years of service in various capacities in the Tax Section of the American Bar Association, served as its Vice Chair, Administration, from 1996 to 1998.

U.S. District Court for the District of Columbia

Hearing Committee Member, District of Columbia Court of Appeals Board on Professional Responsibility (April 2009 to 2015)